Ferenc Bodor (1941–1994) was a Hungarian librarian, cultural historian, publicist, architecture and applied-arts critic and a unique figure within the Hungarian intelligentsia during the Kádár period. Between 1959 and 1961, he studied at the Library Science and Methodological Center of the National Széchényi Library. Bodor graduated as an intermediate librarian in 1961. In 1961–1962, he worked as a laborer. From 1961, he studied at Eötvös Loránd University in Budapest, though he abandoned his studies in 1964. He worked from 1964 to 1967 as a walk-on and made engineering translations. Between 1967 and 1972, he was a newspaper conveyor at the 114th Post Office in Budapest. Beginning in 1973, he worked as a librarian at the Hungarian Academy of Applied Arts. Bodor wrote several studies about modern and contemporary applied arts and Hungarian environmental culture. He organized the Oak Gallery for the open spiritual workshop of the Hungarian Academy of Applied Arts and was the director of the gallery from 1986 until his death. He directed many exhibitions, discussion groups and art evenings. Bodor served as the leader of the Center for Visual Education of the Hungarian Academy of Applied Arts beginning in 1986. In 1988, he graduated from the academy’s Educational School of Special Design Management, writing his thesis about the relationship between everyday culture and design. Bodor wanted to write the history of old hotels in Budapest, but was not able to complete this project due to illness.

Bodor thought that conserving the legacy of disappearing folk culture was important. He took part in the events of the Studio of the Young Folk Artists. His book Nomad Generation shows the interest of young Hungarian intellectuals in folk culture. From 1992 until his death, he was one of the editors of the periodical Ökotáj (Ecological Landscape). Bodor was interested in civic culture too. Mainly he wrote about material culture, everyday life and its locations. The perpetuation of alternative forms and the propagation of an alternative way of life indirectly positioned Bodor against the official ideology of the régime. Most parts of Ferenc Bodor’s collections moved to public collections. In 1995–1996, his letters, postcards and photos were placed at the National Museum and his nineteenth-century photo collection at the Museum of Ethnology, while the tools which represent contemporary design went to the National Technical Museum and most of his books were taken to the Lónyai Street Calvinist High School in Budapest. Most of Bodor’s pictures and manuscripts of the coffee houses were moved to the Foundation of Hungarian Coffee Houses. 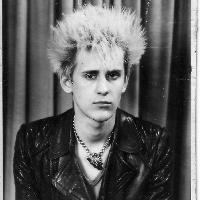 Boehlke, Michael
Michael Boehlke was one of the first punks in East Berlin in 1980. As singer in the band ‘Planlos’ (without a plan) he was at the center of the punk scene for many years. At the end of the 1980s, he became more engaged with peace and human rights groups. To Boehlke, the punk scene in the GDR was an outlet for young people to express their dissatisfaction with the conformity of everyday life and offered them an alternative language, music and aesthetic. Together, these elements formed a distinct and unique culture that allowed youth to adopt forms of political resistance to the regime.
Like many other punks Boehlke could not hold down a job in the GDR, was repeatedly arrested and abused while in custody. In 1987, he became the first citizen of the GDR to successfully sue the state for assault. Nevertheless, his engagement with peace and human rights groups continued unabated.
After the fall of the Berlin Wall, Boehlke, a machinist by trade, worked for a theater as a stage craftsman, opened a record shop and completed training as a physiotherapist. In the 2000s, he began working on the side as a curator and cultural producer. In this context, Boehlke founded the archive 'Substitut. Punk in the GDR 1979-1989'.
Citește mai mult 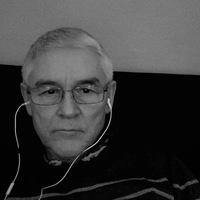 Bogdanović, Slavko
Slavko Bogdanović received his undergraduate degree from the Faculty of Law in Novi Sad, where he also obtained his Master’s and PhD. He was a member of KÔD group and of the editorial board of the Index periodical in 1970. On account of the text Poem of the Underground Youth Tribune Novi Sad, published in Student in 1971, he was sentenced to eight months’ imprisonment. Together with Miroslav Mandić, he initiated and published L.H.O.O.Q – an underground paper for developing human relations and permanent destruction of everything that exists (thirteen issues were published in total). He works as an expert on water and environmental protection law. The areas of his artistic work include conceptual and textual art, actions, poetry and performance. He lives in Novi Sad. (Milenković, 2012, p. 159)
Citește mai mult
Bognár, Éva
Dr. Bognár Éva, an economist and Zsolt Csalog's widow, died in 2015. After Csalog’s death (1997), she inherited his collection. In the early years of the new millennium, the National Széchényi Library purchased the collection, though some parts of it remained with her (manuscripts, letters, private writings). In 2008, Éva Bognár published one of the last novels by Csalog privately, causing a literary and personal scandal. The author’s children and some of his friends had been against publishing the novel due to its alleged second-rate quality.
Citește mai mult 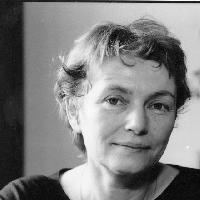 Bohley, Bärbel
Bärbel Bohley belongs undoubtedly to the ranks of the most well-known personas within the East German dissident movement of the 1980s. In 1989/90, she was frequently visible at events surrounding and leading up to the "peaceful revolution". She was educated at the Berlin-Weißensee Higher School of Art and from 1974, she was active in “Women for Peace” and the “Initiative for Peace and Human Rights”. Bärbel Bohley's first imprisonment in 1983 sparked protests and outcry both domestically as well as abroad. Following her second imprisonment after the “Luxemburg-Liebknecht” demonstration in 1988, she was forcibly brought to the United Kingdom. She returned to East Germany and became instrumental in building a civil rights movement independent of the state and church. In September of 1989, Boley was a founding member of “Neues Forum” and in 1992, one of the staunchest advocates for the creation of an Archive of Opposition to the GDR. She declined a career in politics in the Federal Republic of Germany, opting instead since 1996, to agitate on behalf of refugees from the Yugoslav wars. For a time, she directed a UN program for reconstructing Bosnia, from the country’s capital, Sarajevo. Bärbel Bohley received numerous prizes acknowledging her services. She passed away in 2010 in Berlin. The Archives of Opposition to the GDR preserves her estate.
Citește mai mult
41 - 45
«« pagina anterioară 1 ... 5 6 7 8 9 10 11 12 13 ... 16 17 pagina următoare »»