Alenka Bizjak is a Slovenian environmental activist, a lawyer by training, who was born in Maribor in 1937, to the parents who emigrated from Trieste to Maribor after the dissolution of the Habsburg Monarchy. Upon graduating from secondary school in Nova Gorica, Bizjak worked at the Yugoslav Railways Directorate in Ljubljana (1958-1962), the Organization of Clubs of the United Nations in Slovenia (1962-1968), Institute of International Law and International Relations of the Faculty of Law in Ljubljana (1968-1972) and the administration of the School of the Medicine of the University of Ljubljana (1972-1990). In 1990 and 1991 she was a consultant in the Office of the Slovenian Deputy Prime Minister, Leo Šešerko, who was responsible for environmental protection and regional development.

Bizjak was active among Slovenian grass roots activists that established the Association of Environmental Protection of Slovenia in 1971, and she was the Association's secretary between March 1982 and December 1984 as well. Under the Association’s aegis, intellectuals of various professional backgrounds collaborated, while her role was writing press releases, preparing materials and writing articles. All of those activities earned her reputation and label by government as "someone who is blocking progress and development."

Bizjak's task was to draw the Slovenian public’s attention to environmental issues in Slovenia and Yugoslavia. The cases of the River Krupa in the Bela Krajina Region (1985), and then the Rivers Reka, Koritnica, Kamniška Bistrica and Krka should be mentioned. In all major cases, the common denominator was the plan to build hydroelectric power stations even in national parks (the Rivers Soča, Idrijca, Sava Dolinka) or on highly polluted rivers (Mura) or at the intermittent Lake Cerknica, and last but not least the construction of the Vršič and Triglav cableways. In the 1980s, she even participated in opposition to the use of electricity from the Krško Nuclear Power Plant due to the unresolved issue of nuclear waste.

Bizjak, together with her sympathizers, established the Green Party of Slovenia in 1989. In the first democratic elections in Slovenia in April 1990, the party won seats in the Slovenian Parliament, and afterward the party became part of the new Slovenian government led by Lojze Peterle. Despite its success, the party was torn apart due to infighting, and thus lost support and members, including Alenka Bizjak.

Following the formal introduction of democracy, Bizjak continued her environmental activism, warning the Slovenian public of the negative effects of the construction of golf courses on arable land, and the issue of illegal construction, even in protected areas. Since 2008, she has been active in the civil initiative Tržnice ne damo (We’re Not Giving Up Marketplaces), an initiative that opposes the construction of garages in the city centre of Ljubljana, and also opposes the support of the Slovenian government in setting up Magna Steyr, a paint shop at Dravsko polje near Maribor. 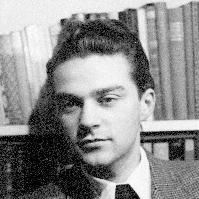 Ivan Blatný was a Czech poet and translator. His first poems were published in 1933 in Studentský časopis (Student’s Journal). Later, he contributed to the Catholic journal Akord, artistic-literary review Kritický měsíčník (Critical Monthly), philosophic-artistic quarterly Listy and daily newspaper Lidové noviny. Ivan Blatný left Czechoslovakia for the UK in 1948 as an official delegation member of the Czech Journalists’ Syndicate where he, upon his arrival in the UK, announced on BBC radio that he decided to emigrate from Czechoslovakia because of the political pressure against artists. He applied for political asylum in the UK, and as a consequence, he was deprived of citizenship and property and became a banned poet in Czechoslovakia. He endured life in exile with great difficulties, became ill with paranoid schizophrenia and he was hospitalized for the first time in London in the autumn of 1948. Between 1948 and 1954 Blatný cooperated with the BBC and Radio Free Europe. However, he was permanently hospitalized in a various psychiatric hospital in England from 1954. Despite his hospitalization, Blatný continued to write poems. Nevertheless, Blatný became almost “forgotten” in Czechoslovakia. According to Czech poet and dissident Zbyněk Hejda, only Blatný’s four books published in Czechoslovakia before 1948 were known in Czechoslovakia until the 1970s as there was no information about Blatný’s life and works in exile. However, Blatný’s emigration poetry was published in Canada by the Czechoslovak exile publishing house Sixty-Eight Publishers. In the 1980s, it was also published in Czechoslovakia as a samizdat. Blatný’s life story became internationally known mainly thanks to the German magazine Stern, which published an article about Blatný by Jürgen Serke in 1981. A year later, the BBC and the Norwegian television broadcasted a documentary film about this Czech poet. Blatný’s work could be published in Czechoslovakia again after 1989. Nowadays, Ivan Blatný is considered an important personality of Czechoslovak literature, his name appears in school books and is regularly a topic of students’ theses. In 2007, Miloš Orson Štědron’s music revue “Ivan Blatný Cabaret” was performed in the Comedy Theater in Prague. However, as stated recently by Czech journalist Aleš Palán, Blatný is “one of the last important poets of the twentieth-century not fully discovered by the reading audience.” 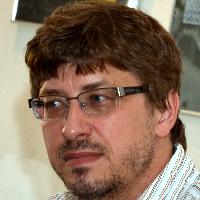 Petr Blažek is a historian specializing in 20th century Czechoslovak history, specifically the opposition and resistance against the communist regime, as well as Polish-Czech-Slovak relations. He studied history at the Institute of Czech History at the Faculty of Philosophy, Charles University, and he received a doctorate from the same faculty for the dissertation thesis, "History of Polish-Czechoslovak Solidarity. Relations of the Czechoslovak and Polish Opposition 1976-1989 ". Currently, he works as a specialist at the Institute for the Study of Totalitarian Regimes. He was the operator of the grant project "Committee on the Defense of Unjustly Prosecuted. The History of the Opposition Group (1078-1989) ", within which the website vons.cz was created.

Petr Blažek is also one of the volunteers who are part of the Center for Documentation of Totalitarian Regimes (CDTR). 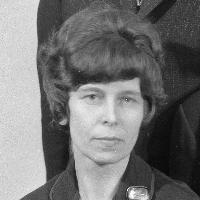 Līvija Blūmfelde (1929-2016) was a department head at the Museum of the History of Riga and Navigation from 1955. In 1961, she became the deputy director, and in 1970 the director of the museum. In these roles, she had an impact on the museum’s policy on the formation of collections. Although she was loyal to the regime, she understood the historical importance of artefacts that represented values incompatible with Soviet ones. 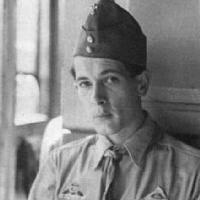 Bodnár, Gábor
Gábor Bodnár (1920–1996) was a building contractor, journalist and writer. He was the executive president of the HSAE and a prominent and charismatic leader of Hungarian émigré scouting movement for half a century, from 1946 until his death in 1996. Bodnár preserved the archival records of HSAE's central bodies and kept the entire collection at his home in Garfield, New Jersey, until it was donated and transported to the Csongrád County Archives in the city of Szeged in southern Hungary shortly before his death in the mid-1990s.
Citește mai mult
36 - 40
«« pagina anterioară 1 ... 4 5 6 7 8 9 10 11 12 ... 16 17 pagina următoare »»