Born in 1984, Iskren Velikov spent only his early childhood during the period of socialism. His involvement with the theme of the socialist past began during his study of history at Sofia University "St. Kliment Ohridski", where he specialized in Contemporary History of the World. Since 2009 Velikov has worked as curator at the Rousse Regional Museum of History and has further developed his professional interest in the recent past. Velikov participates in field studies on everyday life during socialism and has publications on the recent past:
Velikov, Iskren. 2012. "Pamet i musika - shtrihi ot retseptsiite za 'zabrani' ot vremeto na sotsialisma" [Memory and Music – Strokes of the Receptions for “Prohibitions” from the Period of Socialism]. In: Izvestia na Regionalen istoricheski musey - Ruse [Proceedings of the Rousse Regional Museum of History], volume 16, Ruse, pp. 62-76.
Velikov, Iskren. 2013. TKZS 'Deveti Septemvri', village Beltsov - dialog mezhdu darzhava i sobstvenitsi (1950-1958)” [The “Ninth of September” Cooperative Farm in the Village of Beltsov – Dialogue Between the State and Landowners (1950-1958)]. In: Godishnik na Asotsiatsia 'Ongal' [Yearbook of the "Ongal" Association], volume 12, Sofia, pp. 47-63.
Velikov, Iskren. 2013. “Sluchayat 'Ana Ventura' i temata za geroichnata smart" [The “Ana Ventura” Case and the Issue of Heroic Death]. In: Koleva, Daniela (ed.), Smartta pri sotsialisma. Geroika i postgeroika [Death Under Socialism. Heroics and Post-heroics]. Sofia: Center for Advanced Studies, pp. 77-92.
Velikov, Iskren. "Znatsi na ekoprotestite v Ruse (1987-1991)” [Signs of the Ecological Protests in Rousse (1987-1991)]. Forthcoming.
Velikov, Iskren. "Albumat na TPK 'Solidarnost' - Ruse: modeli na visualno predstavyane" [The Album of the “Solidarnost” Labor Production Cooperative in Ruse: Models of Visual Presentation]. Forthcoming.

Citește mai mult
Veress, Bulcsú
Bulcsú Veress had Romanian Hungarian heritage, but was born and raised in Budapest, Hungary. In 1956, he took part in the revolution and was imprisoned for eight months. He subsequently managed to become a student of Law at ELTE University in Budapest, and after having completed his studies, he joined the state administration. In 1970, Veress did not return to Hungary after having done a postgraduate course in Strasbourg, and he settled in the United States. He obtained a master’s degree in political science and international relations from Columba University in New York, and in 1976, he became a founding member of and activist for the newly established Committee for Human Rights in Romania. In 1980, Veress became a human rights consultant for Democratic Senator Christopher J. Dodd, and he started traveling regularly to Washington to advocate on behalf of the Hungarian minority in the Congress. Veress became an irreplaceable resource for CHRR/HHRF due to his deep understanding of the U.S. political system and the internal procedures of the U.S. Congress.
Citește mai mult 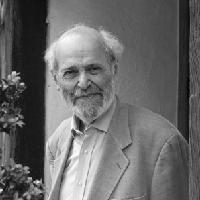 Vermes, Géza
Géza Vermes (1924–2013) was a British religious-historian. He was born in Makó (Hungary), to Jewish parents, both of whom were killed in the Holocaust. Vermes survived thanks to Catholic institutes that hid him. Later, he joined the Fathers of Notre-Dame de Sion. He became a Catholic priest after World War II, and studied Eastern languages and history at the Saint Albert College and the Catholic University of Leuven, in Belgium. In 1953 he became a doctor of theology. In 1957 he left his church and moved to Great Britain, where he worked as a professor at the University of Newcastle. From 1965 he taught at Oxford University. In 1970 he joined a Jewish community in London.
Citește mai mult 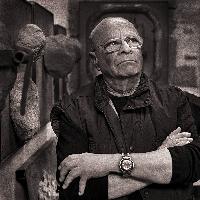 Aleš Veselý was a Czech sculptor, graphic designer, painter, and a representative of Czech Informalism. He graduated from the Academy of Fine Arts in Prague. In 1960, he organised the private exhibition Confrontation II in his studio, where he exhibited the works of artists, including himself, who were followers of Informalism. The work of these actors was radically different to that of the official cultural policy. Aleš Veselý’s first solo exhibition was held in 1963 at the Umělecká Beseda Gallery of Young Artists. From 1967 to 1968, during the Symposium of Simple Forms in Ostrava, he created his most famous sculpture, Kaddish (also known under the title A Prayer for the Dead). He was banned from exhibiting during Normalization and lived privately. He focused mainly on monumental works where he turned to the roots of Judaism and the search for the meaning of existence. He began to exhibit his work again after 1989. He taught at the Academy of Fine Arts in Prague and at the J. E. Purkyně University in Ústí nad Labem. He created several sculptures across the globe. 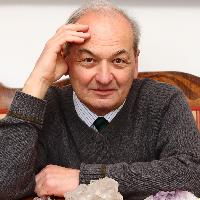 Viczián, István
István Viczián is a Hungarian geologist and professor. He was born in 1940 in Budapest. He graduated from the Faculty of Natural Science at the Eötvös Loránd University of Sciences in geology (1963) and physics (1966). He worked in the Hungarian National Institute of Geology from 1963 to 2002. He became doctor of geoscience in 1988. He taught at the University of Debrecen from 1996, and he is now a private docent at the university and emeritus consultant in the Institute of Geology. He has been a member of the presbytery of the Calvinist Congregation of Pasarét since 1970.
Citește mai mult
21 - 25
«« pagina anterioară 1 2 3 4 5 6 7 8 pagina următoare »»