Lauri Vahtre (b. 1960) is an Estonian historian, writer and politician. He is active in popularising history.
As a student at the Tartu State University, he was an activist and one of the main members of the Noor-Tartu (Young-Tartu) student movement. In 1983, he was expelled from the university shortly before he would have defended his thesis. His exmatriculation was not directly connected with his activities in Noor-Tartu, as he had distanced himself from the movement for a long time before, with the aim of not causing it trouble. However, his intentions and exmatriculation did not spare the movement, and it was closed by its members in 1984.
Vahtre managed to complete his studies in 1984, however. Later, in 1988, he also gained a candidate degree from the Institute of History of the Estonian Academy of Sciences. From 1989 to 1992, he taught as a senior lecturer at the University of Tartu. He was a member of the Congress of Estonia, and from 1991 to 1992 was a member of the Constitutional Assembly. 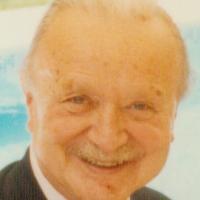 Szabolcs Vajay (1921–2010) was a Hungarian historian, genealogist, heraldist, and diplomat. Vajay created an important scientific oeuvre. He dealt primarily with the medieval history of Hungarians, genealogy, and heraldry. Since 1943, his professional writings were published in 6 languages in 22 countries. He served as vice-president of the International Academy of Heraldry (1964–1976), and in 1980 he was made a professional heraldist of the Order of Malta. He was the president of the National Fellowship of Genealogist and Heraldist Associations, and he was then made an honorary president.

He was born to a Hungarian noble family in Budapest. He studied at the Szent Imre High School and then went on to study law at the university of Budapest (1939–1943). In 1942, he was made a member of the Knights Hospitallers. As a scholar, he continued his studies in Switzerland. After the putsch of the far-right Arrow Cross Party in Hungary (1944), he chose to live in exile. From 1943 until 1946, he studied at the International Affairs Department of the University of Geneva. He then became private secretary to ambassador György Barcza. In 1946, he took part in the peace negotiations as a junior diplomat. He worked for the International Red Cross and then moved to Argentina in 1948. Between 1949 and 1953, he was the managing main secretary at the Buenos Aires office of the Institute of Modern Art Foundation. He worked as a journalist in France from 1954 to 1958, and he became a cultural co-worker at Radio Free Europe in 1955. Vajay was a UNESCO official (1959–1983) responsible for the Latin American Department of the Class of Social Sciences. He took part in the organization of many higher educational institutions and contributed to the publication of Spanish and Portuguese encyclopedias and the development of scholarship networks. In 1986, he was made permanent commissioner of the International Council of Social Sciences, which operated next to the UN Center in Geneva. He led the Office of the Knights Hospitallers in Geneva. He taught at the Károli Gáspár Calvinist University and the Pázmány Péter Catholic University in Hungary.

Vajay, who believed in civil values, rejected the totalitarian regimes. As a co-worker at Radio Free Europe and a scholar of genealogy and heraldry (disciplines which were not permitted by the communist cultural authorities) he tried to preserve and pass on traditional civic values. Later, he actively took part in the Hungarian “rehabilitation” of genealogy and heraldry. He first returned to his homeland in 1971, and he regularly donated books to the National Széchényi Library. In 1978, when the U.S. government gave back the Hungarian Holy Crown at the request of the Hungarian government, Vajay became the primary expert on the committee for the study of the Crown. He was made honorary president of the recreated Society of Hungarian Genealogy and Heraldry in 1989.
Citește mai mult
Vajta, Vilmos

Vilmos Vajta (1918–1998) was a Hungarian Lutheran theologist. He was born Vilmos Wagner, but after the Anschluss, in protest he chose the Hungarian name Vajta. He studied at the Faculty of Theology in Sopron (1936–1940) and became a Lutheran pastor in 1940. He was an assistant clergyman and teacher in Budapest, Soltvadkert, Pestszentlőrinc, and Újpest. In 1941, he travelled to Sweden with a state scholarship and studied at the Musical Academy in Stockholm. He then studied theology at the universities of Uppsala and Lund. In 1953, he became a docent at the University of Lund. Between 1953 and 1964, he served as the director of the Theological Section of the World Federation of Lutherans. From 1964 to 1981, he was the director of the Oecumenical Research Institute of the World Federation of Lutherans in Strasbourg. Vajta initiated the organization of the Luther Conferences. He was a regular participant in oecumenical dialogues and he delivered lectures at many conferences. 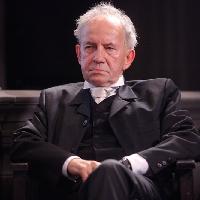 Milko Valent is a Croatian writer and cultural activist born in Zagreb in 1948. He graduated with a degree in philosophy and comparative literature and has worked as a professional writer since 1976. Being active in the field of culture, he is interested in cultural events in Zagreb and had followed Eurokaz program since its beginnings. He published his impressions on Eurokaz in the book Eurokaz-Burning Solstice. 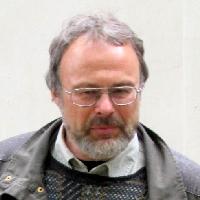 Heiki Valk (b. 1959) is a senior research fellow and head of the Archaeology Centre for Research and Infrastructure at the Institute of History and Archaeology at the University of Tartu. He graduated from the Tartu State University (the name of the University of Tartu from 1940 to 1941 and from 1944 to 1989) as a historian in 1983, specialising in Late Iron Age and Medieval archaeology. He gained his PhD degree in 2001 from the same university. The title of his dissertation was ‘Rural Cemeteries in Southern Estonia 1225-1800 AD'.
He was a founding member and a core activist in the Noor-Tartu (Young-Tartu) student movement from 1979 to 1984. Today he is one of the owners of the collection of this movement.