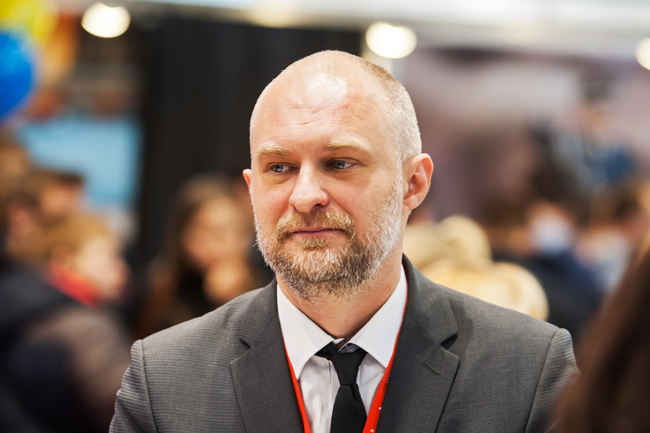 Edgaras Klivis (b. 1974) is a Lithaunian theatrologist. He obtained an MA in art history and criticism from Vytautas Magnus University in 2000, and in 2004 he defended his PhD thesis. He has been working as an associate professor since 2006, and as head of the Department of Theatre Studies in the Faculty of Arts at Vytautas Magnus University since 2015. He is a member of the International Federation for Theatre Research. Klivis is a co-author of three books on the development of theatre in Lithuania, and author of a number of research articles. In his research, he pays much attention to the history of Modris Tenisons’ troupe, about which he has given a number of public lectures. Klivis argues that Tenisons’ troupe was the only one that was really avant-garde. In 2012, he organised and curated the exhibition ‘Nebyli komuna: Kauno pantomima 1966-1972’ (Blind Commune: Kaunas Pantomime in 1966-1972). He still has items from this exhibition in his private papers.