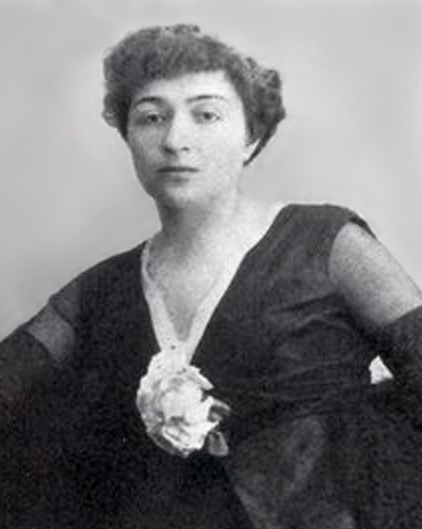 Aleksandra Ekster (b.  Belostok, Russia in 1882, d. Fontenay-Aux-Roses, Paris in 1949) is a painter and designer of international stature, who divided her life between Kyiv, St. Petersburg, Moscow, Vienna, and Paris.  After graduating from the School of Fine Arts in Kyiv in 1906, Exter married in 1908 and moved to Paris that same year, where she studied at the Académie de la Grande Chaumière. Her social circle included Picasso, Braque, Guillaume Apollinaire, Max Jacob as well as the Italian Futurists Filippo Marinetti, Giovanni Papini and Ardengo Soffici (with whom she shared a studio in 1914). In 1909-1914, Exter travelled extensively between Paris, Moscow and Kyiv, playing an important role in disseminating Cubist and Futurist ideas among the Russian avant-garde. She participated in many important avant-garde exhibitions in Russia and Ukraine and Paris, as well as the International Futurist Exhibition in Rome (1914).

The National Art Museum in Ukraine holds an important work "Bridge at Sèvres" produced during this period. It is deeply influenced by Cubist and Futurist ideas, where the cityscape is fragmented into a system of small geometric planes, enlivened by variations of tone and color.