László Kardos (1948–1999) a legal advisor, sociologist, an activist of SZETA, as well as director of Hungarian Soros Foundation.

He was born in Budapest in 1948. He completed his diploma as Doctor of Law at Loránd Eötvös University Budapest in 1972. JHe took a job as a state company solicitor and then as a legal advisor for the Social policy Department of the Ministry of Labour. He remained at his post in the hope that his department would be made a new Ministry of Public Welfare and that this would give him meaningful tasks in social policy design, but he was ultimately disappointed. In 1979, he volunteered as a secret legal advisor for SZETA, and in this position he helped hundreds of needy families, mainly in rural areas, from his ministry office. However, his clandestine activities were soon discovered and he had to leave his job.

Beginning in the early 1980s, he worked as a freelance intellectual, taking poorly paid sociological fieldwork, which for the most part meant doing interviews and making questionnaires to support his family. Given his legal expertise, he would have preferred to have worked as a research sociologist. In the early 1970s, he got in touch with István Kemény and Kemény’s young research team, and he took an active part in their nationwide pioneering research projects among the poor and the Roma in Hungary, and later also participated in many smaller research projects (for instance, involving the culture of labour, lifestyles, cooperatives, small villages, commuting workers, and other programs).

In 1984, thanks to some of his dissident contacts, he was offered a job as a secretary of the newly established Hungarian Soros Foundation. Later, from 1990 to 1994, he became the managing director of the Foundation. He was responsible for the administration of Hungary’s first and largest civil organisation, and he also actively initiated some new and successful programs. He did the preparatory work for most of the project plans and evaluations. During his last years of his life, he did an oral history interview with sociologist István Márkus for the 1956 Research Institute.

He died of a long-lasting illness in 1999 at the age of 51. His personal notes and documents, including some early documents of SZETA, unfortunately were lost, so the only surviving source concerning much of his professional life is his recollections of the SZETA, which are well written and informative. http://www.c3.hu/scripta/beszelo/98/11/12szeta.htm
Citește mai mult
Karlíková, Olga

Olga Karlíková was an artist who graduated from the Prague College of Applied Arts after the war, where she studied with Antonín Strnadela and she studied textiels with Antonín Kybal, then worked as a textile designer in the state-owned Institute of Housing and Clothing Culture. She devoted herself to the abstract appearance of nature and was also interested in acoustics; she is best known for her works on the singing of birds and whales.

After 1977, when she signed Charter 77, she became an undesirable artist and her works disappeared from the public sphere. Karlikova was one of the first signatories to Charter 77. She found it through her niece, architect Helena Bukovanská. As she said in an interview with Marcela Pánková in 1995, "She was terribly relieved after the signing because she had been embarrassed by lying and resentment since childhood." (Fine Arts 3-4, 95) It was not until 1989 that she began to exhibit again and her work gained critical attention. She was exceptionally successful in exhibiting her work at the Monastery in Doksany in the 1980s, which was prepared by Ludvík Hlaváček.

Olga Karlíková is considered to be the first conceptual artist in Czechia. 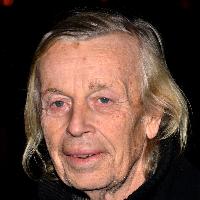 Svatopluk Karásek is an evangelical pastor and signatory of Charter 77. He studied at the Comenius Evangelical Theological Faculty from 1964–1968. He then worked for three years as a pastor until 1971, when the state withdrew its permission to allow him to continue in his spiritual service. From 1972–1976 he worked as the caretaker at Houska Castle. In 1976 he was arrested and sentenced to eight months in prison in a trial along with the underground music group The Plastic People of the Universe. As a signatory of Charter 77, Karásek could not return to his original profession and worked mostly as a window cleaner. The turning point in his life came in 1980 when he was forced into exile. He settled in Switzerland, where he served again as a pastor from 1981. Since 1997 he has lived permanently in the Czech Republic, working as a clergyman. He was a member of parliament from 2002–2006 and the Government Commissioner for Human Rights from 2004–2006.

Karásek was also involved in musical and literary activities. His musical career began in the 1970s. His lyrics were published in samizdat volumes as well as in exile. Since 1989, his lyrics have been published officially. His literary works include the sermons Boží trouba (2000) and Tři kázání o Jonášovi (2007). Karásek’s musical and other works were influenced by his professional focus – his attempts to update the gospel and make the Biblical messages more relevant to today’s lifestyles. Karásek is connected to the underground through his provocative and sarcastic style, as well as naturalistic clarity.

Citește mai mult
Kelemen, András
András Kelemen is an economist, musician and founder of Rock Museum (Chairman, 2014 - ). From the early 1960s, during the “beat era” ("Beatkorszak") András Kelemen started his musical carrer (e.g. Syncom) as a vocalist, guitarist and songwriter as well. In accordance with the Zeitgeist, his band "Syncom" gained popularity rapidly. Subsequently, due to personal reasons he turned to a professional career as a foreign trading agent (“külkeres”). Although he was also a founder of the band “Old Boys” in 1979. As he pointed out in an interview: during that time there was wave of nostalgia for the 60s’. Currently, András Kelemen is responsible for the managment of Rock Museum.
Citește mai mult 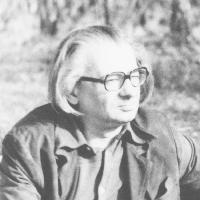 István Kemény (1925–2008) was a Hungarian sociologist. In 1944 he participated in the resistance against the Germans. In 1947–1948 he was a co-worker at the Teleki Pál Scientific Institute. Between 1948 and 1957, he was taught at a high school. In 1955–1956 he searched the poor children and their families in the schools of Angyalföld (Budapest), he made lectures twice about his experiences in the Petőfi Circle. Under the Revolution of 1956, he was an active member of the Revolutionary Committee of the Intelligentsia. In 1957 he sentenced to four years of imprisonment for participating the 1956 Revolution. Kemény was released from prison in 1959. He worked at the Economical and Juridical Published, then at the National Széchényi Library, and in 1963 he joined to a research project conducted by the Central Statistical Office on the question of “social stratification.” From 1969 to 1971 he worked at the Sociological Institute of the Academy. In his researches, Kemény analyzed the poor, the Gypsy population and the management of state farms which were taboo subject under socialism. Kemény lost his job in 1971, but organized seminars in private places, and continued his researches incognito. In 1977 he emigrated to Paris. He taught at the Maison des Sciences de l’ Homme (1978–1981) and at the École des Hautes Études en Sciences Sociales (1983–1990). He edited the Hungarian Booklets and from 1980 to 1990 he was an outer co-worker of Radio Free Europe. He returned to Hungary in 1990.