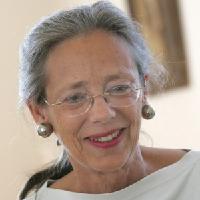 Angelica Károlyi is a French political scientist with German roots. She was born in Paris, in 1947. She studied political science and history at the University of Paris, and later worked at the Institute of Political Sciences, where she served as director of one of the Institute’s libraries. In 1965 she met György Károlyi, who came from a noble Hungarian family, at the University. They married in 1971. In 1994 they founded the Joseph Károlyi Foundation after renovating the Károlyi castle at Fehérvárcsurgó, and turning it into a cultural meeting centre. Angelica Károlyi is currently the cultural director of the Foundation. 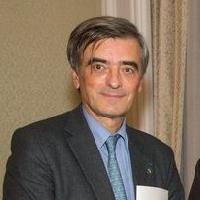 György Károlyi is a French diplomat, jurist and economist of Hungarian origin. He was born to a famous Hungarian noble family in 1946. The following year, his family was forced to leave Hungary due to the rising power of the communists. Károlyi grew up in France, and studied economics, political science and jurisprudence at the University of Paris. He was a salesman at the Aerospatiale Company (1971–1974), and legal adviser to the Chamber of Commerce and Trade of Paris (1974–1978). From 1978 through 2005 he worked in different leading positions at the Parisian branch of Fiat Automotives. In 1994 he founded the non-profit, Joseph Károlyi Foundation, and the Corporation for Developing and Operating the Károlyi Castle of Fehérvárcsurgó, in 2000. He became the general manager of the corporation. Since 2014 he has served as the ambassador of Hungary in France.

Kaja Kärner was an Estonian artist. She studied at the State Industrial Art School, the Pallas Art School, and the Tartu State Art Institute between 1937 and 1948. After finishing her studies at the Tartu State Art Institute, she worked there as a drawing teacher. She also became a member of the Estonian Artists' Union. She was a member of the Tartu Circle, of which most were arrested in 1949. Although she was not sent to prison camp, she was expelled from the Artists' Union, lost her job as a teacher, and had to work as a label painter at the Trade Administration in Tartu.

After her friends were released from prison, she too could act more freely. She worked as a freelance artist until 1988. As a member of the Tartu Circle, she used an abstract and colourful style. In 1984, she returned to the Artists' Union. Since 1988 until her death in 1998, she worked as a teacher at the Konrad Mägi Studio.