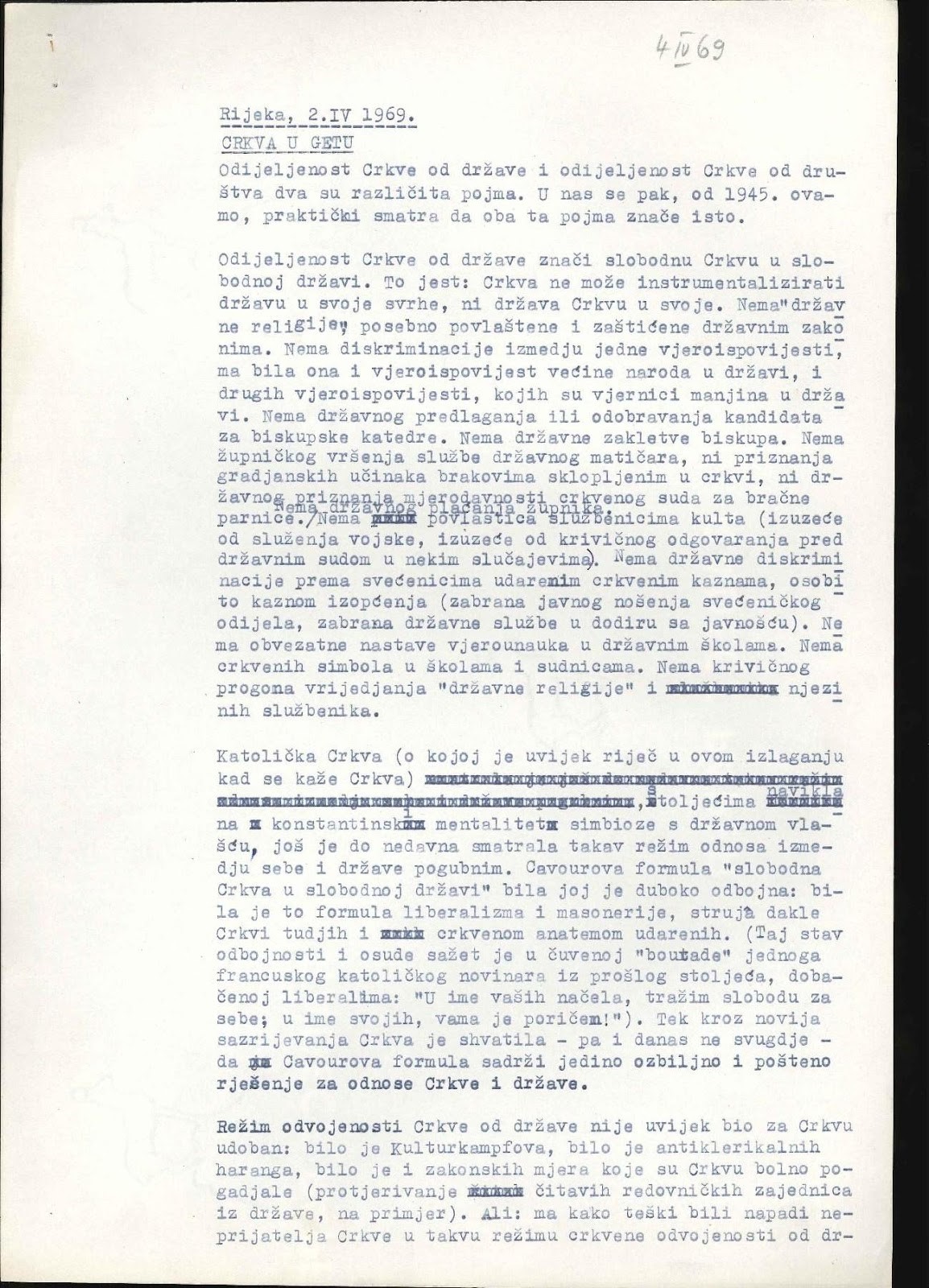 This manuscript was written on 2 April, 1969. Rendić raises the question of the position of the Catholic Church and Catholics after the so-called "liberalization" of the Yugoslav regime. She came to the conclusion that after ceasing the policy of open force, nothing had substantially changed in their position. She added that both the Church and Catholics live together in a sort of social ghetto isolated from the mainstream of socialist society, since "as it is with all liberalization, the Church remained in a ghetto, the Church is not moving from the ghetto at all" (Rendić 1969: 12). For this state of affairs, Rendić pointed to, as she said, the "totalitarian atheism" of the then socialist regime in Croatia and Yugoslavia, who taught that the progress of time would necessarily lead to the disappearance of religious consciousness throughout socialist society (Rendić 1969: 10).